The Power of Compounding: Bi-Annual Personal Finance Lecture Prepares Students for a Lifetime of Success

Did you know investing just $150 a month in a Roth IRA could give you a balance of over $1 million dollars at retirement? Dr. Sam Liu divulges the (not so secret) secret of financial success in a public talk, “Retire Rich,” on April 25th. 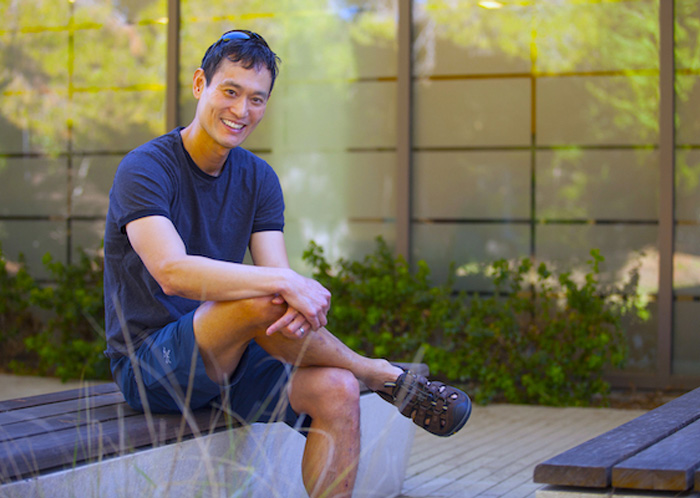 “Little bits matter, especially at a young age,” says Liu, whose talk aims to teach students and the general public to use an individual retirement vehicle called the Roth IRA to build savings during their working years from 20 to 65.

Young students have a problem seeing themselves at retirement age. That, coupled with procrastination and the trappings of a materialistic society, prevent many from saving money. “Everybody wants the latest gadgets [and] the latest clothes because they think that’s the way to make themselves stand out,” says Liu, who first started giving this workshop in 2011 after realizing that students outside his economics classes could benefit from a lesson in savings. “I try to tell people that it’s not that important and it only gets you relatively far. Humans have unlimited imaginations. Once you have more, you’ll want even more. Save the money you would have spent on whatever and later on you’ll be able to buy dozens of that same thing or, more importantly, be able to retire earlier.”

The Roth IRA is a tax-advantaged account that can provide a greater rate of return than a savings account in a bank. A bank savings account, Liu warns, probably will not provide enough for retirement. “Right now, you should be planning for a 30 year retirement,” says Liu, “How can you possibly make enough money in 40 years [of work] to fund 30 years? You literally have to save 75% of your income, which is impossible.”

Depending on market performance, a diversified portfolio of stocks and bonds in a Roth IRA has an average return between 6-10% per year compared to 1% in a bank savings account.

Liu acknowledges that there is risk in investing, but that the risk of not investing is much more severe. “The history shows, at least for the last few centuries, [that] investing in the stock market for long periods of time has led to high returns,” says Liu, who earned a Ph.D. in Economics from MIT and worked in economic consulting for six years before joining the faculty at West Valley. Those focused on the risks of the stock market are “worried about short term losses, not the fact that they won't have enough money later on.”

Highs and lows in the market is why Liu encourages students to start investing as early as possible. Should the market crash, your Roth IRA portfolio would have time to recover and grow before you need the money for retirement or an unexpected life event.

The workshop is one example of Liu’s investment in student success at West Valley. A passionate teacher and advisor, Dr. Liu also heads the Honors Program that provides special interdisciplinary courses for motivated students who want to explore subjects in more depth. He also guides students through the process of building a competitive academic profile for transfer to a four-year college. “I’m really hoping to get students to go to the best schools: Berkeley, UCLA, Columbia and Stanford,” says Liu.

“I feel like I have a lot of good advice for what students need to do to get into the top universities,” he adds. “Academics is number one. Then after academics, you need to do something that is going to make you stand out against all the other applicants.”

To find out more about the Honors Program, please visit westvalley.edu/honors.