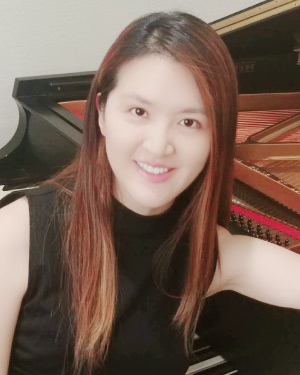 Pianist Ann Wu began her musical studies at the age of four in her native Taiwan where she was a prize winner in several national piano competitions. At the age of fifteen, she made her orchestral debut as a featured soloist, performing Grieg's Piano concerto in A minor. Since then, she has completed and won in various competitions including Baltimore Music Club Competition, Bradshaw and Buono International Piano Competition, and Krannert Debut Artist Award.

Wu has performed throughout the United States, Canada, Europe, and Asia as a solo recitalist and chamber musician. She has collaborated with many illustrious musicians, including the world-renowned violinist Midori and cellist Laurien Laufman. Her concerts venues include Carnegie Weill Recital Hall, The Lyceum museum, Krannert Center for Performing Arts, Steinway Hall, Mountain View Performing Arts Center, Werner Recital Hall, Goodwin Recital Hall, The Kennedy Center, National Gallery of Arts, National Concert Hall in Taiwan, and the Felix Mendelssohn House in Germany to name a few.

As an active adjudicator and clinician, Wu was invited to serve as the Chairperson of Piano for the Belvoir Terrace Fine and Performing Arts Festival in Massachusetts. She has adjudicated for MTNA piano solo and concerto competitions and federation festivals in Maryland and Florida. She has served on the piano faculty at the Peabody Preparatory in Maryland and Valencia College in Florida. In early 2019, she and her family relocated to Sunnyvale, California where she currently resides.