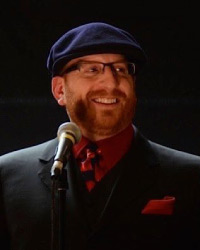 Troy Davis is Director of Instrumental Music and Jazz Studies at West Valley College in Saratoga and on adjunct faculty in the School of Music and Dance at San José State University. He is the Camp Director for Hayward-La Honda Music Camp, the Director Emeritus of the Oakland Municipal Band and was the Interim Music Director of the San Francisco State University Wind Ensemble for the 2014-2015 academic year. He has served as a guest conductor for the San Francisco Wind Ensemble (now SF Wind Symphony), Cazadero Music Camp, the Peninsula Youth Orchestra, the Holy Names College Youth Concerto Festival, the Contra Costa County Honor Jazz Band, the North Tahoe County Honor Band, the Fremont Unified School District Honor Band, and Summer Music at Stanley, as well as on international tours to China, Canada, Australia, Brazil, Ireland, Italy, and Austria.

In addition to conducting, Dr. Davis is a freelance oboist and was a member of the Grammy-winning San Francisco Symphony Chorus, with whom he recorded three albums. He has performed with many great artists around the Bay Area including The Grateful Dead, The Drifters, Dmitri Matheny, Taylor Eigsti, Mic Gillette, Garth Brooks, Robin Williams, Pete Escovedo, Michael Tilson Thomas, the San Francisco Opera Orchestra, and the San Francisco Symphony. He is also an active adjudicator for California Music Educators Association (CMEA), Music in the Parks, and Forum Music Festivals and was selected as an inaugural mentor for the CMEA mentorship program for young and new music educators.

Dr. Davis was honored as the CMEA “Outstanding Music Educator of the Year” for 2017 and as a "Distinguished Music Educator" by Yale University in 2011. He earned his Doctoral Degree in music education from Boston University, his Master’s Degree in music education from Notre Dame de Namur University, and his Bachelor of Music in oboe performance from the San Francisco Conservatory of Music.