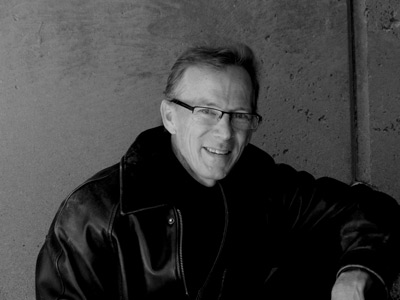 Trombonist Tom Hornig is widely regarded as a consummate freelance trombonist, equally at home on the symphony stage, the opera or ballet pit, the recording studio, and as a chamber musician and soloist. During the last 20 years, he has performed with every major orchestra in the San Francisco Bay Area, including over 1,000 concerts with the San Francisco Symphony. He maintains a steady performance schedule with the Oakland Symphony, the California Symphony, the Berkeley Symphony, and the Modesto Symphony. He frequently joins the orchestra of the San Francisco Opera where he was acting principal for three productions in 2012, and performed the recent world premieres of The Bonesetter’s Daughter, based on the 2001 novel by Amy Tan; and Mark Adamo’s “The Gospel of Mary Magdalene”. At Cal Performances, he has also performed in the orchestras for American Ballet Theater, the Mark Morris Dance Company, the Bolshoi Ballet, the Mariinsky Ballet, and the San Francisco Ballet.

He has also performed throughout the United States and Great Britain as a chamber musician and soloist. Locally, he has given several performances at San Francisco’s Old First Concerts Sunday concert series. A frequent recording artist at George Lucas’ Skywalker Ranch, he can be heard on the sound tracks of numerous motion pictures, video games, and television commercials. His recordings also include the Grammy Award winning recordings of Mahler’s Second and Third Symphonies, and Bartok’s Kossuth with the San Francisco Symphony.

Tom is a dedicated teacher, joining the San Jose State University faculty in 2003. He is also been on the faculties of the University of California, Santa Cruz, and West Valley College. Previously he has been on the faculties of University of the Pacific; and California State University, Stanislaus. In addition, he has given master classes worldwide. Professor Hornig’s pedagogy is a direct extension of his own practice and performance habits. His students benefit from strong technical instruction with constant development of musical style and interpretation. Further instruction includes chamber music performance presentation and dealing with performance anxiety. Many of Professor Hornig’s students have achieved significant honors under his coaching, including two winners of the SJSU annual concerto competition. Additionally, some have gone on to study at some of America’s leading conservatories. Professor Hornig takes great pride in his students’ achievements, from those gaining national recognition, to those mastering a new skill at any level. He believes in teaching his students as individuals, finding the most productive path for each to learn and improve.